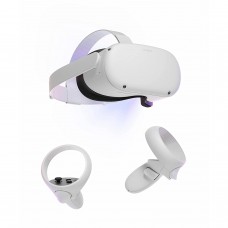 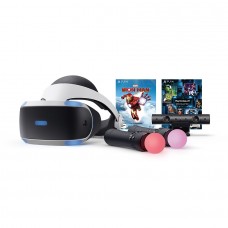 Latest VR available at the Most Affordable price in BD

VR stands for Virtual reality. It is one of the most advanced forms of modern technology available today. The very first VR was invented by a scientist named Morton Heilig. His multimedia device was called the Sensorama, and it is considered one of the earliest Virtual Reality systems. However, the term ‘virtual reality’ was coined much later in 1987 by famous researcher Jaron Lanier. Today the virtual reality is being used in various industries like marketing, entertainment, and many more. VR has even become an important gaming accessory worldwide.

What types of VR are currently available?

Depending on the design and technical specifications, Virtual Reality systems are divided into four main categories. They are:

Standalone VR is wireless and doesn't require a PC or smartphone connection or any other type of external equipment. It is also called an all-in-one VR. This VR is good for mobility and practicality. But they sacrifice the quality of video, graphics, and refresh rates, Oculus Quest 2 is an example of a standalone VR.

PC VR requires a Gaming PC nearby in constant connection to the headset. Usually, the Gaming PC has to have a mid or high-end gaming laptop or desktop computer. These VRs will ensure a good graphical detail for a more immersive and dynamic experience. Examples of PC VR include headsets like Valve Index and HTC Vive.

Console VRs are designed to work with gaming consoles like PlayStation and XBOX. The example of Console VR includes the PS4 and PS5 Console VR headsets. They feature an extensive gaming and movie library. Console VR is also offered in some exclusive title bundles like Resident Evil, Blood and Truth, and Iron Man VR.

Smartphone VR is by far the easiest way of entering a virtual reality experience. Although, they can't run the vast majority of VR assets including interactive VR content and games. They also lack advanced audio and motion tracking features but make up for it with the low cost.

What technical Aspects are important before buying a VR system?

Regardless of what VR system you are planning on buying there are some very important technical aspects that must be kept in mind. These are:

Tethered or un-tethered VR: which should you choose?

When it comes to ensuring a good VR experience the connection tethering has a huge impact on it. Tethered VR headsets usually require a cable connection like an HDMI cable for connecting a laptop, PC, or video game console. Thanks to the high processing power of PCs and gaming consoles, tethered VR headsets offer a more powerful VR experience than untethered. Popular tethered models include the older Oculus Rift, HTC Vive, and Playstation VR which are controlled by accessory hand controls/gamepads. On the other hand, if you’re looking for a VR headset that works with any smartphone device, the untethered version is the way to go. These standalone headsets are a wireless option to give you an immersive experience without the need for a PC or gaming console. Since untethered VR headsets have a simpler design, they’re also much more affordable.

Buy From the best VR Shop in Bangladesh, Star Tech

Star Tech is the biggest Computer, laptop, computing component, Gaming accessories, Office equipment, Gadgets, Networking, VR, and Camera retail and Online shop in Bangladesh for one and a half-decade. You can order a VR online from our Official E-commerce website. We offer the best price for VR and deliver our products anywhere in Bangladesh.