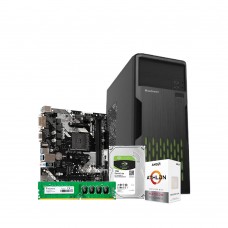 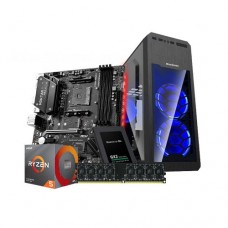 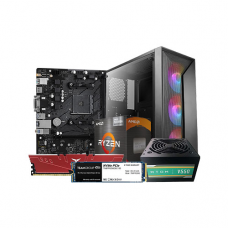 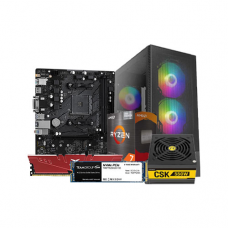 AMD (Advanced Micro Devices) has designed and marketed their processors with the Sub-Brand named “Ryzen”. This “Ryzen” Processors are the first consumer-level implementation of the new Zen microarchitecture in 2017 that is officially announced on December 13, 2016. On April 19, 2018, 12nm process technology featured the 2nd generation of Ryzen CPUs came into the market. And now their latest chipset which is 7nm has been released on 7 July 2019. This uses the 2 Zen Technology for the processor. Initially it was a bit struggling for them but after the release of Ryzen CPUs their market share has increased. Ryzen Processors are mainly used to complete all types of multi-tasking work which reduces your time immensely and effortlessly.

Star Tech is providing everyone with the best configuration Desktop PCs that will allow every user to complete their required work properly while still being very cost efficient and if the user needs to update their PC later on then they will be able to do so. The processors that we are providing you with the PC’s can easily be updated and transferred to newer models of motherboards. This will give the buyer the versatility of making their own desired PC whenever they are able. Each of the components that are being used in each PC’s are top quality and are the latest of their Generations. The price range of these Ryzen PCs are from 17,500 Taka to 25,000 Taka with 3 different types of processors.

Delivering Your Product to Your Hand

We are also providing you with an easy home delivery system. We provide this service across the whole of Bangladesh at any corner. Our Branch shops are located in Dhaka, Chattogram, Rangpur and Khulna. We also provide Free Home Delivery inside Dhaka City Area.