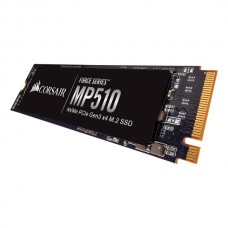 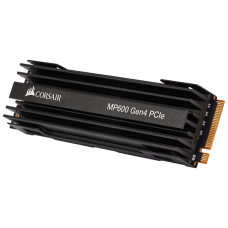 Best Quality Corsair SSD With The Best Pricing In Bangladesh

Andy Paul, John Beekley and Don Lieberman are the founder of Corsair Microsystems, now known as Corsair, in 1994. The primary work of Corsair in the beginning was making or producing level 2 cach modules named as cache on stick (COASt). Corsair produces and sells many different PC related components and one of them is the SSD.

The Corsair SSDs are targeted towards gaming laptops and high-end PCs and other high-working PC’s. The Corsair SSDs are available in capacities of 240, 480, 960 and even 1920 GB volume sizes. This SSD series offer peak read performance of up to 3,480 MB/s and a peak write speeds up to 3,000 MB/s. A gosh, that is so much faster way compared to what you can achieve with a SATA3 device. A small side note, performance will differ with different volume sizes, we'll put that into a table on the next page, but smaller versions use less NAND channels and thus have slower writing. That said, whatever size you choose, the perf will be great. The random performance rated up-to 610K random read IOPS and up to 570K write IOPS (!) Being M.2., you do need a modern motherboard with capable NVMe supported M.2 (PCI-Expresse Gen 3.0 x4 (and not x2) connected) interface, please do check out your motherboard manufacturer for that. But ever the past year or two all Intel and AMD chipset released in the mainstream to high-end class support it very well. M2 is interesting stuff, these smaller form factors storage units are evolving from being "just as fast" as a regular SSD towards double, tripling, heck... even quadrupling that performance. It comes in a different package, M.2. The M.2 interface is so much more capable as it can deal with way more bandwidth using PCI-Express lanes. As such, M.2 solutions are intended for enthusiast class motherboards. The series M.2 SSDs are a breathtaking series of storage technology as they offer enthusiast class performance yet remain reasonable in pricing depending on NAND type.

SSDs That Star Tech Is Providing For You