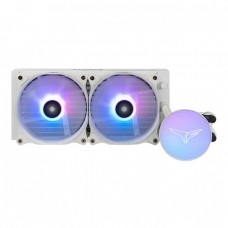 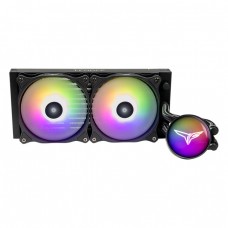 What should a customer consider before purchasing a TEAM CPU Cooler?

When a customer is considering buying a TEAM CPU Cooler then there are a few things that they must consider. They are:

The thermal design power (TDP), sometimes called thermal design point, is the maximum amount of heat generated by a computer chip or component (often the CPU or GPU) that the cooling system in a computer is designed to dissipate under any workload. TEAM CPU cooler has a TDP rating that exceeds any common processor’s TDP rating. And, this is especially true when overclocking.

The term Cooler Clearance refers to three things. The height, the bulkiness, and the size of the cooling radiator. TEAM CPU coolers are available in different height, bulkiness, and size to ensure maximum compatibility with any common PC casing whether it’s a Full tower, Mid-tower, or small tower.

The size of a Cooler fan and the overall noise the fans make significantly affects the performance of the PC. CPU cooler fans are usually available in 90mm, 120 mm, 140 mm, 160 mm, and 200 mm. As for the radiators of the AIO TEAM CPU cooler, the available radiator size is 140 mm, 160 mm, 200 mm, and 240 mm. Usually, TEAM CPU coolers feature a hydro-bearing fan in their Air and AIO CPU Coolers. Hydro-bearing Fans are very quiet even at High RPM. So TEAM CPU Coolers have a very low noise level even when overclocked.

Why TEAM CPU Cooler is the best choice?

Now there are a few reasons why TEAM CPU Cooler is the best choice for gaming and overclocked PC. Here we will highlight them:

Buy From the best TEAM CPU Cooler Shop in Bangladesh

Since 2007, Star Tech is the biggest Computer, laptop, computing component, Gaming accessories, Office equipment, gadgets, Networking, and Camera retail and Online shop in Bangladesh. You can visit any nearby Star Tech shop in Dhaka, Chittagong, Rangpur, Gazipur, and Khulna to buy your desired TEAM CPU Cooler at the lowest price. You can also go to our official E-commerce website, and build your desired desktop PC with a TEAM CPU Cooler using our PC builder. You can also easily order a TEAM CPU cooler of your choice online from the Star Tech official website.